From the Bay to Broadway 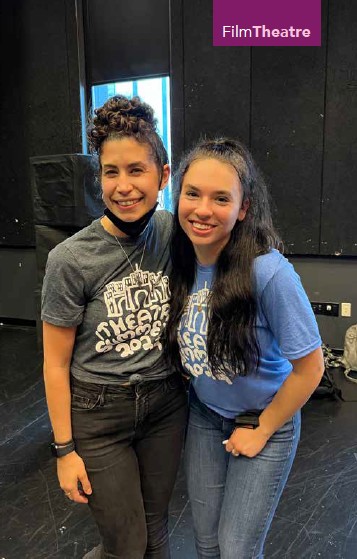 At just 17, Jessica Smith is a stage veteran, having graced the Paramount Theatre stage for the past 10 years in numerous productions such as The Little Mermaid Jr., Into the Woods, and Heathers: School Edition. “Theatre is an escape and comfort in my life. I love to go to the theatre, rehearse, keep my mind busy while exploring the character I’m playing, have fun, and connect with my peers,” she says. With that in mind, it was no surprise Smith leapt at the opportunity to pursue her passion in New York City. “Lawrence Badanai [Paramount Live’s producing director] sent me a link to the iTheatrics Summer Theatre Academy, where students in grades 6–12 work on a musical that iTheatrics is workshopping. I auditioned in 2020 and got in. But COVID hit, and I had the opportunity to do a Zoom online musical, but decided that if I want to do this, I’m not going to do this through a computer screen.” Two years later, Smith auditioned again and became the only Canadian out of 42 students who landed a spot in the workshop of Beetlejuice Jr, a PG version of the Beetlejuice Broadway musical based on the 1988 film. The program was only a week long: Monday was audition day, when Smith received the role of Delia (played by Catherine O’Hara in the film), then, from 9 am to 5 pm for the next three days, the cast and crew worked to bring Beetlejuice Jr. to life for their Friday performances. “On Friday at 1 pm, we performed for the parents as a dress rehearsal for our 3:30 pm performance, which was for directors from all across the world such as Australia and Texas, Candi and Lawrence Badanai from Thunder Bay, and producers from Warner Brothers, the same studio behind the Beetlejuice movie,” Smith says. Following those performances, the creative team will further develop Beetlejuice Jr., hoping to make it available as a license for amateur theatre companies worldwide to perform. For Smith, being part of creating a show was an integral experience that only strengthened her love for theatre. “The academy helped me understand that to make a show happen, every component, even the little box people stand on, is so important,” she says. “When I do my school musical at St. Pat’s, it will help me feel comfortable with theatre while connecting with everyone around me and realizing it is more than just a show with lyrics and dance.”