Live from the Rock Returns

Story by Michelle McChristie, Photos by Sarah McPherson For more information on Live from the Rock or to volunteer, visit livefromtherockfolkfestival.com. 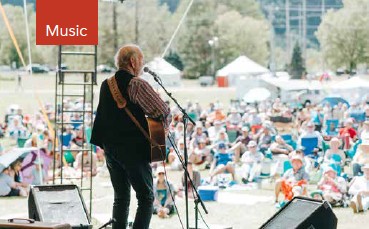 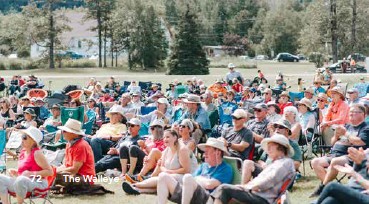 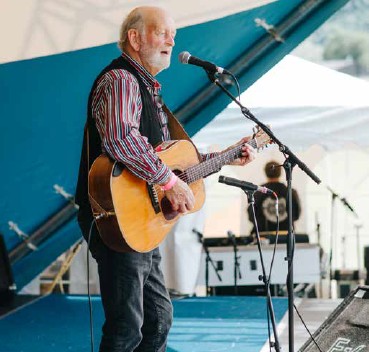 For the past 12 years, with two exceptions due to the pandemic, my family has travelled to Red Rock to camp out at the folk festival during the second weekend of August. We’ve met new friends—some that we only see at the festival—and have returned to the same group in the same camping spot every year. Our kids, now in their late teens, were toddlers when they first attended and the event has become a summer tradition. But, the best part of Live from the Rock is that it is a tradition for a lot of families, so imagine the collective cheer when organizers announced it would return in 2022 for its 20th anniversary. To an outsider like me, the festival comes together magically. Red Rock’s waterfront park is transformed into a festival venue with three stages and a sprawling campground that is so close you can hear the music from your tent. But, the only real magic is that it is a volunteer effort—people have poured their hearts into this festival, and it shows. The vibe is laidback and welcoming and the music is always diverse, with headliners that draw crowds and hidden gems that await discovery. Festival chair Laura Foulds has volunteered with Live from the Rock since its inception. “My first coordinator role was as the marketing coordinator in the festival’s third year. I've been a coordinator [in various roles] almost every year since,” she says. Foulds considers the 20th folk fest to have been a success, but acknowledges the coordinators faced many challenges—one of the most significant being a low number of volunteers. “Shaking off the rust from the two-year hiatus was a challenge, for almost every aspect of planning for sure.” Artistic director Jean-Paul De Roover says planning the 2022 festival posed some unique challenges. For example, more musicians are opting to travel by plane because they can’t book a series of shows to organize a road tour which, in turn, increases the costs to book those acts. And, despite the best-laid plans, those flights might not arrive on time and, even if they do, the luggage and ever-so-important instruments might not be on the same flight. This is why De Roover shifted the Aerialists’ performance from Friday to Sunday—the band could make the original time slot but their instruments, including a difficult-to-replace harp, could not. As for festival highlights, De Roover says “a lot of folks were excited about Valdy, who has a history with the festival, having performed many years ago,” while a group like The Weber Brothers’ “high energy, rock and blues show was a real treat.” The Weber Brothers doubled as Rita Chiarelli’s band, so her Saturday night set essentially morphed into the Brothers’ closing set. They were exactly what the crowd needed after a soggy start to the weekend. Heading into 2023, De Roover says he is “excited to see where the festival goes now that we’ve put that pin in the 20-year milestone.” I know a lot of other people share that excitement and look forward to reconnecting with friends and enjoying live music on the North Shore.