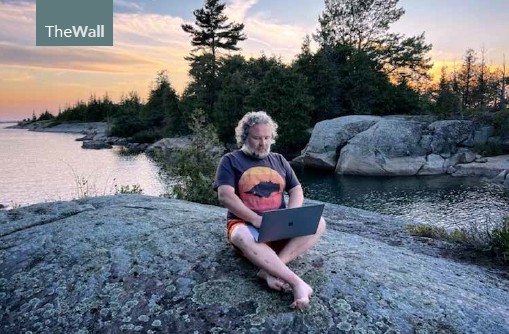 You’d need to get your red yarn out to even explain who’s in the room at June’s meeting of the Thunder Bay Police Services Board. Dan Taddeo would be promoted to acting chief by the end of the day. Chief Sylvie Hauth had suspended her deputy chief months prior; Hauth faces charges of overseeing a surveillance order placed on a board member’s phone, then lying to the board about it. Across from Taddeo sat that board member, Georjann Morriseau, who now has three human rights complaints filed against police leadership and the board. Then there was mayor Bill Mauro, who would announce the following day that he wouldn’t seek re-election. City councillor Shelby Ch’ng had replaced councillor Kristen Oliver on the police board. Oliver resigned with two other members after Ontario lost confidence in this board for the second time in four years and appointed another administrator to govern in its stead. That administrator is Malcolm Mercer, who holds the only vote until this ship can sail. All this while, the Ontario Provincial Police and civilian watchdogs conduct ongoing investigations into the local force and board. At this point, perhaps we can admit we have a problem. “I feel like there’s a gap for me in understanding how you got to progress,” new member Ch’ng said, looking at the strategic plan report. “I don’t see any way these things are measured. What rubric are we using to measure progress?” After some exchanges, Taddeo answered, “I’m a newbie too.” Police communications executive Chris Adams jumped in. “Metrics have always been a very difficult aspect of planning and trying to report on progress. It’s probably fair to say for many police services boards, coming up with those metrics takes a lot of extra work, which needs to be done at some point.” So this board—trained in 2018 under the “Thunder Bay Model,” which was designed to teach boards across Ontario how to properly govern the police—this board approved a strategic plan without metrics to hold the police accountable to the public’s expectations. After all, the central problem persists. When First Nations leaders called for the OPP to immediately oversee the Thunder Bay police on all major cases involving Indigenous people and work toward disbandment, the board held an emergency meeting, then announced it would stay the course. At this point, Indigenous voices— those who experience these policing shortcomings disproportionately—are still being publicly dismissed. At this point, First Nations families have been through failed investigations into the deaths of their relatives, the 2015–16 inquest, the 2018 watchdog reports, and the 2022 reinvestigations. They still say they aren’t getting answers they need, or the confidence that the same thing wouldn’t happen again, while 41 more cases have been flagged for reinvestigation. At this point, the police association claims leadership never even asked their officers to read the Broken Trust report that found they were carrying out their sudden death investigations under a lens that was systemically racist. At this point, where should the public find its faith? “For some, our panel is almost a last resort,” said Alok Mukherjee, the former Toronto Police Services Board chair who leads another process to recommend improvements to the local board, called the “expert panel.” Those First Nations leaders who haven’t already called for the Thunder Bay police to be disbanded agreed: this has to work this time. How will Mukherjee and Mercer balance keeping this structure in place while accommodating those whose entirely reasonable demand is reassurance that their family members’ deaths will be investigated competently without relying on racist generalizations? This panel won’t recommend the nuclear option of disbanding Thunder Bay police in favour of the OPP. Its mandate is to restore faith in the local force. Panel members have hinted at “regionalization” to address persistent cooperation problems between TBay and regional police but we won’t see a Northwestern Ontario-wide police service in the medium term. Every other regional municipality has dismantled its local service for OPP, and most are hemorrhaging money while social problems spiral. In Kenora’s case, law enforcement is costing one in every four property tax dollars. To make matters more difficult, the OPP has very little local input through its “advisory boards” instead of municipal police “governance boards.” The last three Kenora police chiefs have publicly said, “we can’t arrest our way out of this,” but that’s the tool they have. Across Canada, “defunding the police” has become inevitable. No one will call it that, they’ll call it “diversion” or “managing demand” with “appropriate services” because it’s about cost. The solutions will be unique to every municipality but there’s a consensus that the ledger is buckling under the strain of police administrating poverty, addictions, and mental health. The current carries a strong case that Thunder Bay needs a unique policing response of local design. But at this point, what’s the case for local control unless this community is prepared to fundamentally change what that means? At this point, it’s the only move left.